Unlock the full potential of your agency

With over three decades of experience in the field, a customer base across 20 different countries and capabilities in six different languages, we can tailor your solution to meet the needs of your team and your clients. 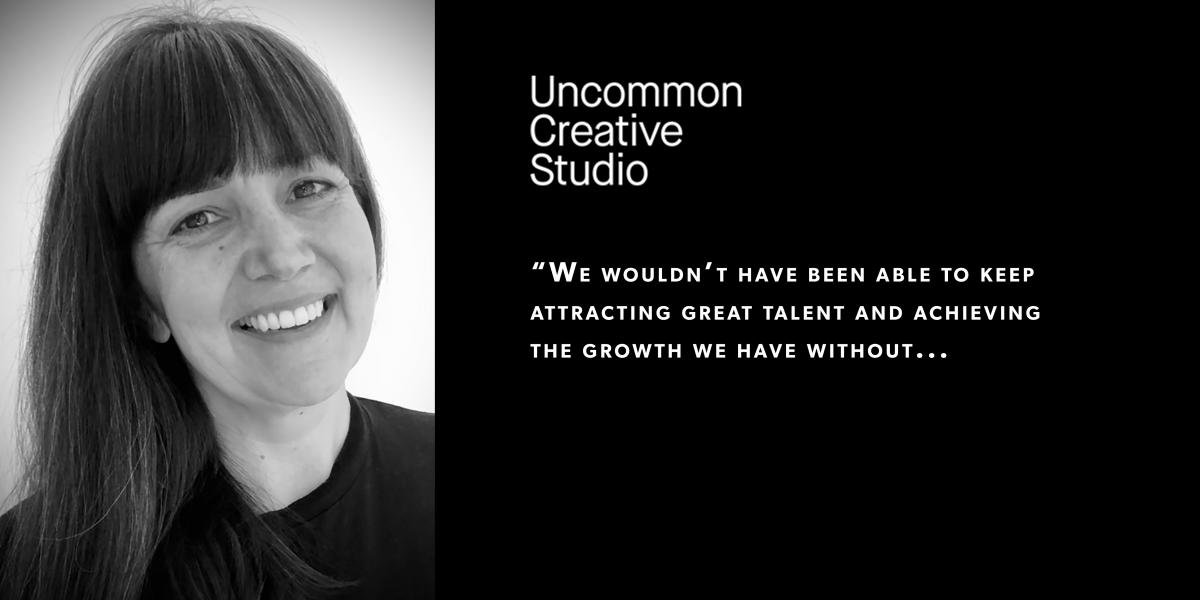 Launched in 2017, Uncommon Creative Studio believes in a different way of working and aims to create advertising that involves uncommon creativity and collaboration.

How did they thrive during such a challenging time?

What are the successful keys for leading through the uncommon approach?

Hayley Finmore, Director of Finance and Operations at Uncommon Creative Studio talks to us about the studio’s rapid growth and their plans for scaling up.

The power of attracting talented people and great clients

"There certainly hasn’t been a dull moment since I started in early 2020, not least because we’ve been so busy preparing Uncommon for the next chapter in its journey.

Natalie, Nils, and Lucy have a formidable reputation in the industry; what they’ve managed to achieve in the last 4 years is incredible. They are fearless, determined leaders who have built an impressive team of seriously talented people. They never fail to keep driving Uncommon onwards and upwards.

But with that said, we wouldn’t have been able to keep attracting great talent and achieving the growth we have without also having great clients.

Many agencies in their fledgling years struggle with the challenge of whether to invest in great people, or secure big-name clients and let the talent flood in.

In the case of Uncommon, the founders discovered a great balance of both from the outset.

Top industry talents come to Uncommon because they have so much passion and ambition for the creative output, and they see Uncommon as the right place to expend all that energy. And, in turn, clients want to benefit from the tangible difference that energy makes to the work, and the work will make to their brand.”

“Many independent creative agencies find that the big 4 network agencies might get a bigger slice of the pie in terms of attracting new talent.

But, when it comes to an agency like Uncommon, it’s about playing to your strengths.

Ultimately it all hinges on what you’re looking for from a role. Network agencies are generally slower to react because of the layers of approvals needed before you can commit to action. But those layers and the sheer volume of experts that surround you can be a comfort when you’re faced with a decision that takes you far beyond your comfort zone or experience level.

In a large network role, the lane you swim in will be more focused and your career path will often be more well defined. But if you’re someone that thrives on spinning plates and having the level of exposure that working directly with the most senior people in the business brings, that won’t be something you miss!

I personally don’t miss the network-wide pay freezes that prevent leaders from being able to reward exceptional talent.

Given the job I do I completely understand that sometimes it’s a necessary evil. But it’s so disempowering and frustrating when you can’t do anything for a valued team member who has gone above and beyond.”

Scaling up for sustainable growth

“Today, Uncommon is no longer a “small” company and, over the last 12 months, senior hires have been made and new systems and processes have been put in place to help us navigate the scaling of the business.

I’ve worked with many different systems over the years and although no single system is perfect, I found that Paprika is by far the best at satisfying the complex commercial requirements of an agency.

For me, the Strategic Time Planning (STP) forecast and client utilisation reports are key.

The STP forecast enables me to see the hours and roles we’ve scoped out for the 12 months ahead. It’s giving the finance team a base from which to constructively question resourcing and hiring requests, which is critical when you’re growing as fast as Uncommon is.

Utilisation reporting should be a basic feature of any project management system, but we’ve been able to tailor the system-generated reports to cater to all the different ways we need to view the core data.

It’s also intuitive and user-friendly enough to be adopted beyond the finance function.

I must give kudos to the team over at Paprika because they’re constantly seeking feedback and striving to meet their clients’ ever-evolving needs.

And for me that’s what sets Paprika apart – I’ve always felt like I’m getting a truly personal service.”